What's In A Pronoun? 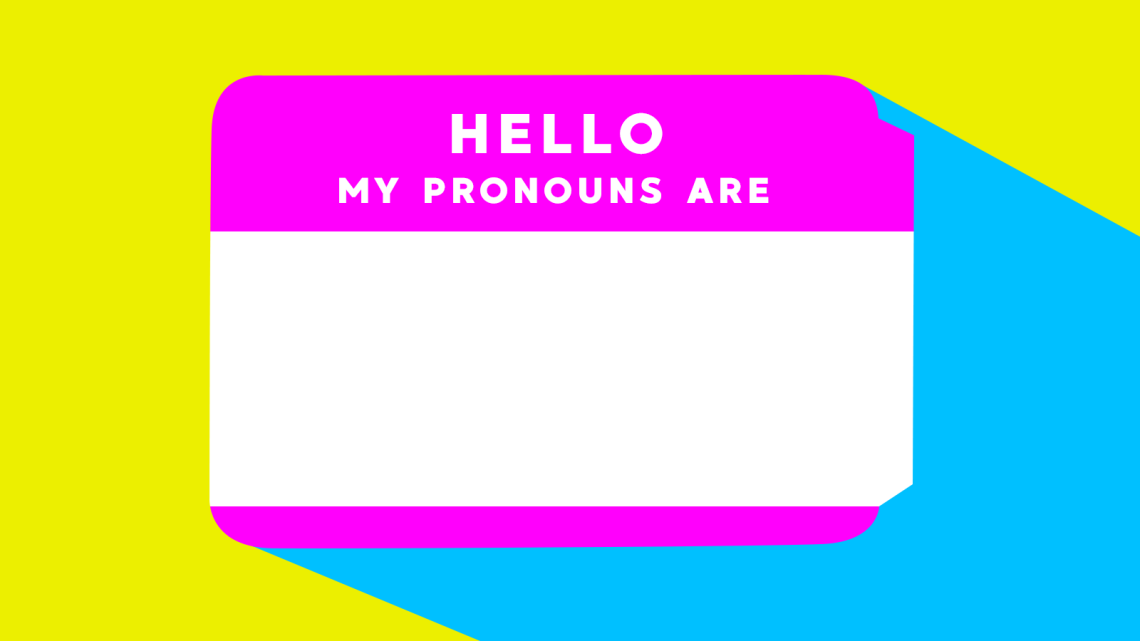 Last month, we celebrated Transgender Day of Visibility – a day dedicated to celebrating transgender people and raising awareness of discrimination faced by transgender people worldwide. The day saw thousands of people expressing pride over their identities and encouraging others to live authentically and confidently. At the root of the celebration is the belief that every person deserves to be treated fairly and with respect. A way to show respect for a transgender person is to use their correct pronouns. In this post, we will talk about what pronouns are, how we use them, and the importance of it all.

Our pronouns refer to either the people talking or someone being talked about. Cisgender people, people who agree with the gender they were designated at birth, have pronouns too. The most commonly used pronouns are They/Them/Theirs, She/Her/Hers, and He/Him/His. While this post will be focusing on these three pronouns, you may come across someone who uses Ze/Zim/Zirs, Ey/Em/Eirs, or something else. It is okay to ask someone to clarify their pronouns if you have never heard them before.

If you are unfamiliar with asking someone for their pronouns, it can be an anxious and uncomfortable situation for you and the person that you’re asking. Start by listening to what pronouns others use when referring to them. If this is your first time meeting someone, introduce yourself with your own pronouns. For example, when I'm meeting someone or introducing myself to a group of people, I can say “Hi, my name is Avery, I use the pronouns he and him.” This gives the other people around you the opportunity to share their pronouns as well. When someone tells you their pronouns, remember them and use them – even when they aren’t around. However, if someone shares that they are not open about their gender identity, ask them what pronouns you should use around others. If you accidentally use the wrong pronouns, apologize quickly and sincerely and then move on. The bigger deal you make of it, the more uncomfortable it is for everyone. Everyone makes mistakes, but try to correct this mistake as quickly as you can.

The experience of being misgendered – when someone uses the wrong pronouns to refer to you – can be a painful and disorienting experience for transgender people. Using the correct pronouns for someone is a basic sign of respect and courtesy. The Prism Project, an assessment of 800 LGBTQ+ Tulsans, reported that nearly two-thirds of the youth participants reported anxiety, depression, or serious psychological distress. The rate of psychological distress among these youth is 12 – 15x higher than the rate of the general population. Using someone’s correct pronouns not only creates an inclusive environment, but it saves lives by affirming and supporting those around us.

Practice introducing yourself with your pronouns when you’re alone so that it becomes easier. Introduce yourself with your pronouns even when you don’t think there is someone in the room who is transgender. Many people are starting to put their pronouns in their email signatures to be more inclusive. There are many ways to show allyship to the transgender community, but this is one of the easiest and most impactful.