From Corsets to Acceptance: The Impact of Media on Body Image and Self Esteem 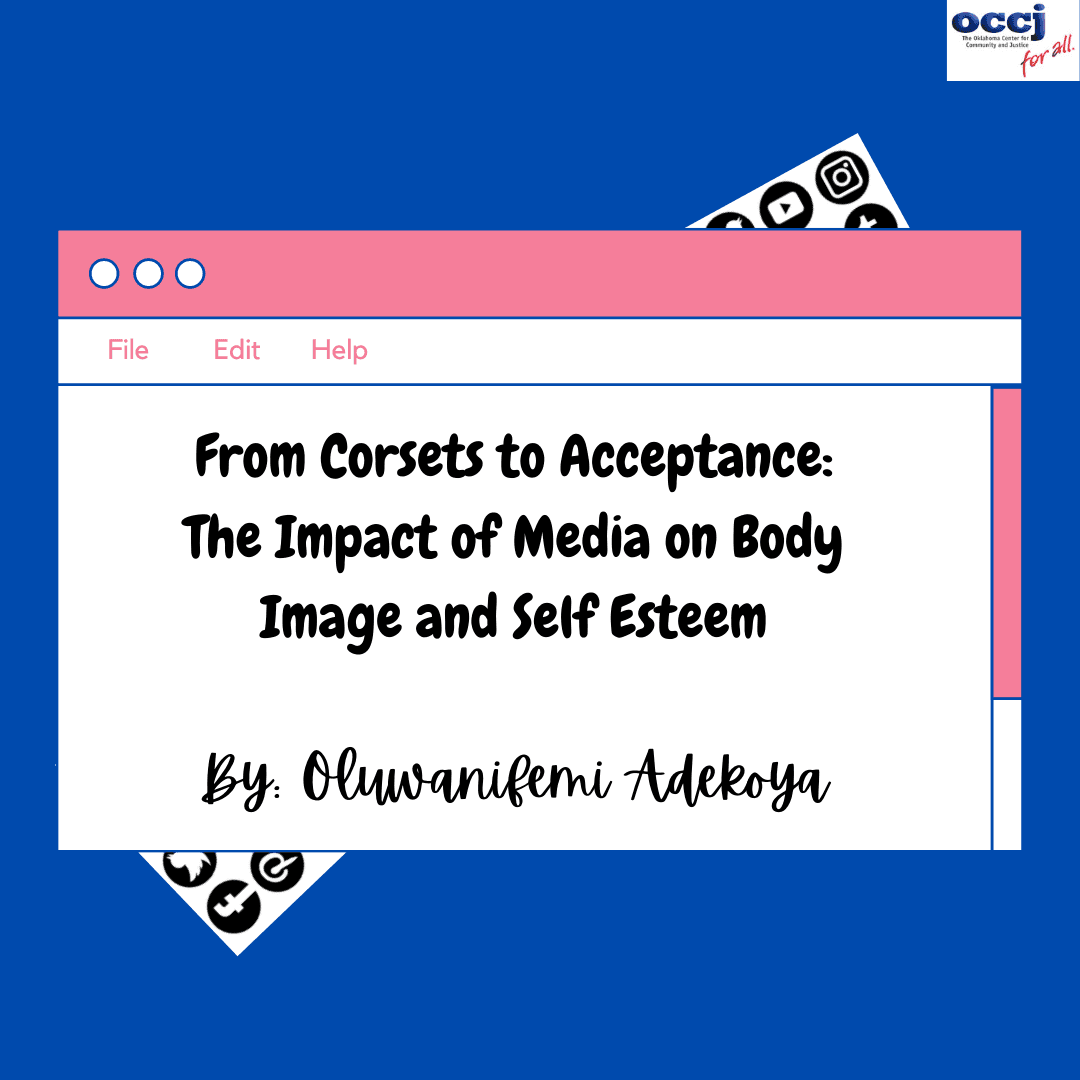 A substantial underrepresentation of diverse women in digital media has existed for a long time. Trends have changed over the years, and it is reflected in the esteem of women no matter their age. The perfect female body has evolved over the decades. What is “in” and what is attractive is a discussion that occurs daily. On Psych Central’s blog Carolyn Coker Ross, MD draws attention to the statistic that “80 percent of women in the United States are dissatisfied with their appearance and more than 10 million are suffering from eating disorders.[i]” These statistics are only for the States; I can’t even fathom the number of women who hate their image worldwide. I trace that back to what we see and hear in the media.

I titled this “from corsets to acceptance” because women wearing corsets is one of the oldest fashion trends that overtook the western world with a wave, but it’s still here in full force just framed in a different way. It has evolved from the rigid structures of old to our modern waist trainers and shirts with rigid bodices. When analyzing the history of the corset trend, you notice that it was designed to transform the female body into naturally unattainable silhouettes.[ii]” That is what a significant amount of body “trends” ends up doing: forcing women and the like to go above and beyond to achieve an unnatural state.  We have seen the ideal woman transform from full-figured to thin and back again. To add to that, historically women portrayed in most traditional media, especially print publications, have been White. It was not till August 1974 that we saw the first woman of color on the cover of American Vogue! As a Black woman more on the supposedly “full-figured” side of the mirror, I feel the pain of the young Black girls pre-1974, who lived in a world where their skin was not seen as “beautiful,” and where the body that made them who they were and carried them through their lives was considered unacceptable.

The most recent trend among women between the ages of 18 and 45 is a Brazilian Butt Lift. It happens to be the most dangerous plastic surgery procedure.[iii] It is being pushed as the norm today, especially in digital media. Not only does the process have a high mortality rate, but even aftercare is highly problematic. With a significant amount of influencers sporting BBLs, it is not only being fed into the minds of the younger generation, it also implies that this is normal and we should strive to look like that no matter the cost.

It is interesting to see the contrast between the standards of the modeling industry and those pushed by the typical Instagram influencer. On the one hand, you are expected to be a size zero, and on the other, you must meet the concept of slim but thick or full. In a survey of 1000 men and women focusing on body image and confidence, 87% of women and 65% of men compare their bodies to images they consume in the media![iv] I could probably go on all day about the problems with allowing the media to determine our self-worth, but even I still struggle to get that principle into my own brain.

We also cannot discredit how media has helped with body image. Trends such as the self-love movement have grown over the years, especially during the pandemic. Social media such as TikTok have influencers preaching acceptance, whether by showing artwork[v] or teaching this generation that we are more than what we scroll through on “for you pages” and Instagram posts and stories.  It is imperative to explore how we can use media to revamp everything we have learned. We must use traditional and digital media to create more understanding and inclusive spaces for people worldwide.

How do we help transform the experience of this generation and the upcoming one? It is relatively simple. Diversity. Oxford defines the word as the practice or quality of including or involving people from different social and ethnic backgrounds and genders, sexual orientations, races, etc. One would think that due to the existence of a variety of human beings, we would automatically “include” everyone. What does inclusion mean, though? The simple idea of including someone or something seems to go over our heads! Oxford also defines inclusion as the practice or policy of providing equal access to opportunities and resources for people who might otherwise be excluded or marginalized, such as those who have physical or mental disabilities and members of other minority groups. Equal access for all means not having to walk into a store and assume that it is not plus-size friendly. It could be women of many shapes, sizes, and colors being represented in the media. We could transform the minds of the younger generation, so they do not have to experience the pain of thinking they are not enough in their own skin, in their own bodies. How do we diversify and include so that we can change the narrative?

At OCCJ, there are many programs that involve teaching students how to build an inclusive community based on mutual respect and understanding. A goal of these initiatives is to develop a generation that changes the media industry into an accepting one. One of the main focuses of the Oklahoma Center for Community and Justice is to recognize and celebrate both our differences and our shared humanity. I love that! It goes beyond just trying to change the narrative; it reaches the core of the issues, which can help create healthier communities! Communities that accept our differences, that recognize our humanity and celebrate it.

The first step to changing the narrative is recognizing. If we could only recognize our uniqueness, we would realize that we are beyond the guiles of social media. Our intrinsic individuality is most likely why society’s portrayal of the ideal body is continually shifting. Why are we fighting so hard to believe the lies that the media tells us? When they are not even consistent? We are all human with features, bodies, you name it! All are affected by a plethora of factors, such as genetics, lifestyle, personal choice... Are we all going to place ourselves in the same box just because we were told to?

The next step is to celebrate. To celebrate is to acknowledge and accept that everyone is different. The moment we begin to gain a greater appreciation of each other, a significant percentage of the issues we face regarding understanding ourselves will drop. We need to move beyond the screen, look in the mirror, and see our intrinsic value.