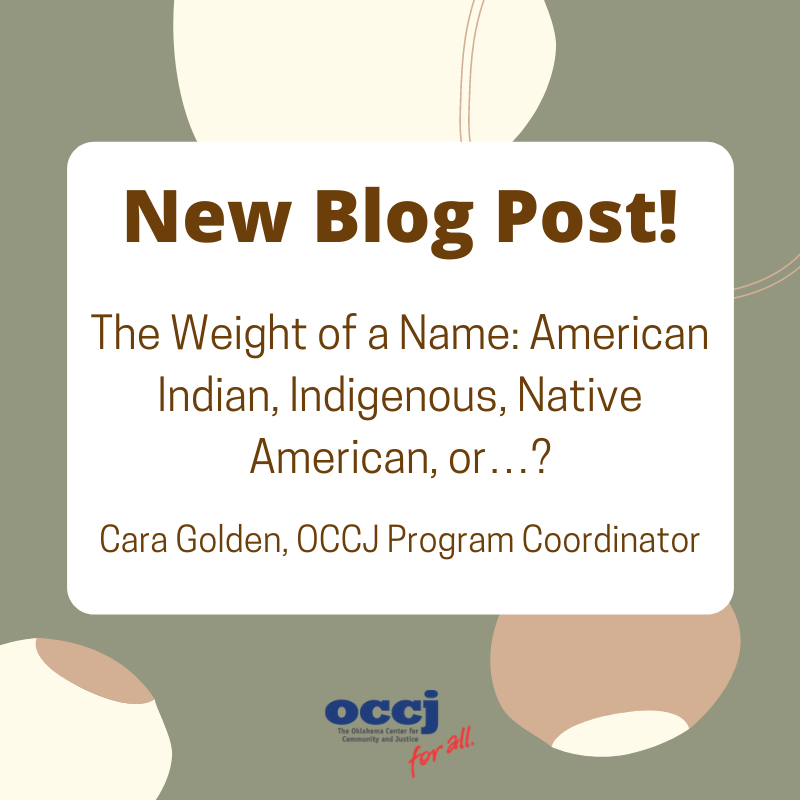 It is widely believed that when Christopher Columbus first dropped anchor in the Western Hemisphere in the late 1400s, he was convinced that he had discovered a new route to South Asia’s Indies. He made the mistake of referring to the people living here as “Indios,” which was later translated into English as “Indians.” Since then, the terms Indian and American Indian have become well rooted in this country, reinforced in textbooks and dialogue, in the names of reservations, organizations (both private and federal), museums and civil rights movements. However, the terms have always been misnomers, and may cause confusion with those of South Asian descent.

Columbus’ ship did not arrive to the Indies, nor did he discover a “New World.” Long before his arrival, millions of people had discovered and settled this string of continents we now call the Americas. These millions and their descendants are Indigenous to this land – the first people to inhabit it – and each belongs to a unique cultural context that is, in part, carried within what they call themselves. The people Columbus encountered were Tanio, of the Caribbean.

The term Indigenous is very broad and has the capacity to encompass all the millions of people who originally inhabited this land as well as those of other lands. In that sense, it is far more inclusive of a term than Indian or even American Indian. Native can also be used to describe the original inhabitants of this land; however, the emergence of “Native American” is a bit more challenging. First, the term Native American was popularized in the mid-20th century as an attempt by white and other non-Native people to “free” Native people from the negative connotations of previous terms such as Indian, give them a place in the larger American civil rights movement as it was unfolding and push for their rights as American citizens. This term change is a classic example of doing “for” Native people rather than “with” their consultation and agreement; thus, the term does not resonate well with all or even many Native people.

According to the Native American Rights Fund, the term American Indian is perfectly acceptable to many Native people. Particularly for the elder generation and those who experienced the American Indian Movement of the 1970s, when that term was claimed with pride and a deep sense of cultural and tribal sovereignty, there is nothing wrong with the term Indian either. Indeed, attempts at “political correctness” in such instances can be insulting rather than uplifting.

So, which term is right?

Generally, when a broader context is necessary, there is nothing wrong with referring to Indigenous people as American Indian, Native American or First Nations (if in Canada). Indigenous and Indigenous American are also beginning to be largely accepted. The over-arching consensus, however, is that Indigenous people of the Americas prefer to be associated with their specific tribal affiliation or affiliations – Osage, Eastern Arapaho, Muscogee, Shawnee, Tanio, Navaho, Lakota, Poarch Creek and the hundreds of others across the U.S..

It is always better to avoid Columbus’ mistake. We must recognize that Native and Indigenous people are unique individuals with unique preferences, each belonging to unique cultural contexts; therefore, we must ask how they identify themselves and how they would like to be known going forward and respect what they share.