byOklahoma Center for Community and Justice 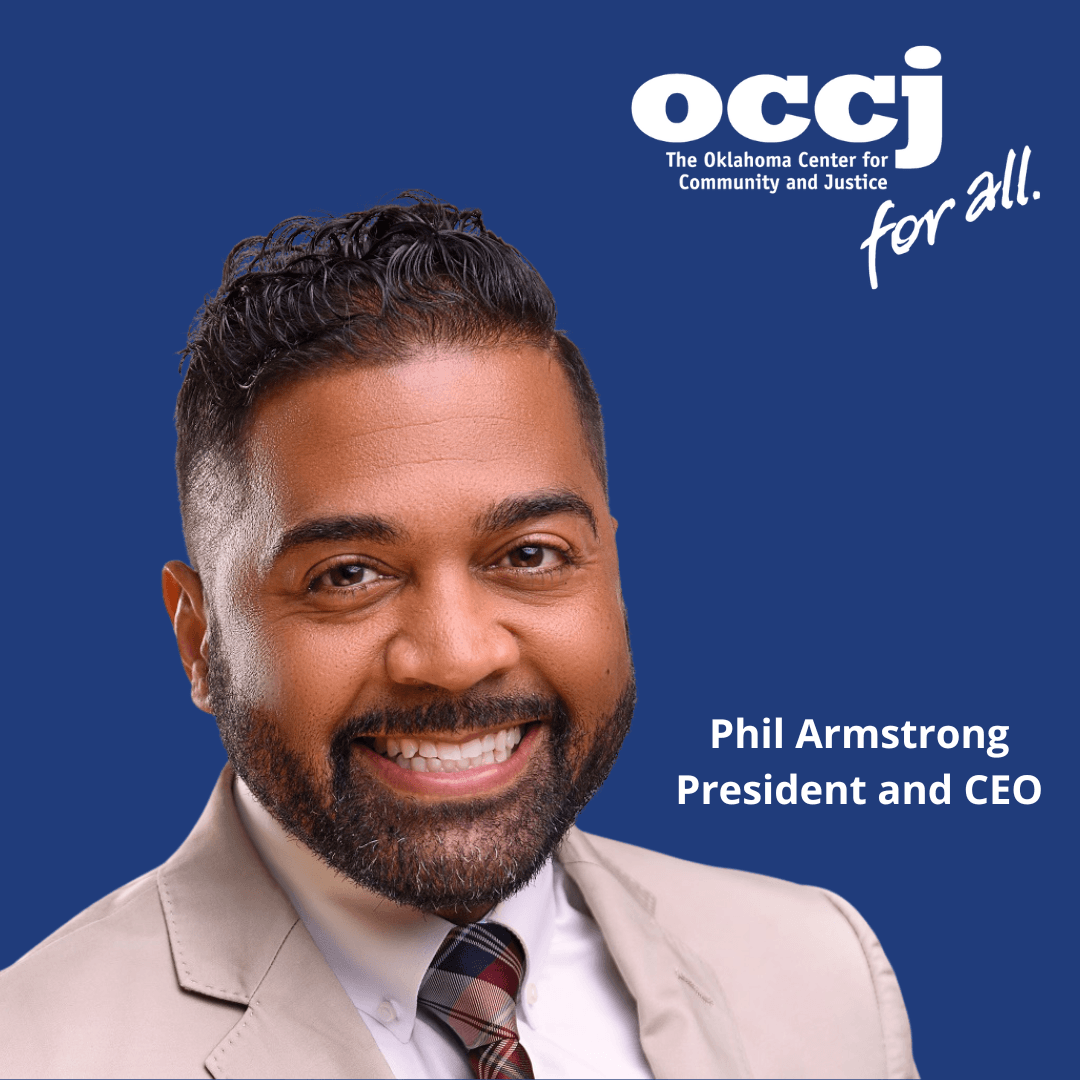 The Oklahoma Center for Community and Justice has announced the welcome of Phil Armstrong as the organization’s next president and chief executive officer. Armstrong will be filling the role following the leadership of Gary Peluso-Verdend, who began serving as OCCJ’s interim president in September 2022.

“The mission of OCCJ has never been more important, and Phil’s proven leadership in, and passion and vision for our community make him the perfect leader for this role,” said Maggie Hoey, OCCJ board chair. “For nearly 90 years, OCCJ has been a consistent frontrunner in promoting understanding and inspiring Oklahomans to overcome bias, bigotry, and oppression. We look forward to deepening our impact statewide and are thrilled to have Phil Armstrong leading the next chapter for our organization.”

Armstrong’s new role with OCCJ will follow the successful conclusion of his term as interim executive director of Tulsa’s Greenwood Rising history center, a position he accepted when the museum first opened in August 2021. During his tenure as interim director of Greenwood Rising and in his prior role as project director of the 1921 Tulsa Race Massacre Centennial Commission, Armstrong developed and leveraged strong connections in the community to effectively drive initiatives in observation of the Tulsa Race Massacre. He oversaw stakeholder communications, donor relations, construction, and day-to-day operations of the museum.

In addition to his most recent leadership roles in the not-for-profit sector, Armstrong brings over 20 years of extensive development and management experience in both corporate and entrepreneurial industries.

“On behalf of the Greenwood Rising Board of Directors, we are immensely proud of Phil and excited about his new role as an influential community leader and advocate for healing and justice,” said Jessica Lowe-Betts, Greenwood Rising board chair. “Phil has worked tirelessly in the trenches of this community, and we knew his undeniable leadership at Greenwood Rising was a stepping stone that would open great doors of opportunity for him.”

Though an Ohio native, Armstrong has considered Tulsa his home for more than 25 years and is actively engaged in philanthropic and community development initiatives through his involvement on several boards throughout the community, including serving as a Tulsa Regional Chamber Board of Director, past-board chair of Greenwood Cultural Center, and a founding director of Reading Partners of Tulsa.

“I am humbled and honored to have been chosen to lead OCCJ,” said Phil Armstrong. “I bring a host of attributes to the position, none more important than a desire to serve the community and advance social justice. Several experiences prepared me for this new challenge, none more than serving as Project Director for the 1921 Tulsa Race Massacre Centennial Commission and as Interim Director of Greenwood Rising.”

Armstrong’s official start date is set for early February, with transitionary support from Peluso-Verdend through the end of the month.

“I have incredible shoes to fill. Former President & CEO Moises Echeverria and Interim President & CEO Dr. Gary Peluso-Verdend left an amazing legacy of success and achievement. I plan to continue the course they charted and look forward to furthering OCCJ's mission and working alongside the board, staff, and community stakeholders to help ensure community and justice for all,” said Armstrong.