About the Oklahoma City Annual Awards

Our Oklahoma City Annual Awards honors individuals of outstanding dedication and community service in the region. Honorees exhibit an extensive record of involvement in civic, charitable, volunteer, and professional organizations, and have contributed to the improvement of human relations among diverse groups in Oklahoma.

The annual awards are the major fundraising event for our free school and youth programs. Our programs range from “Different and the Same,” to community discussions addressing current issues such as racism, xenophobia, and, anti-semitism. Through the support of our donors, 1,400 students participated in “Different and the Same” in 2019. During the pandemic, we shifted to an accessible, virtual program model that allowed us to reach over 3,700 educators, professionals, and families during the spring.

Current events illustrate the need for OCCJ’s work. At the heart of our mission is creating spaces for dialogue and facilitating programs that serve to empower, educate, and inspire Oklahomans to create inclusive communities, and ultimately, overcome oppression.

OCCJ honored Governor Brad and Kim Henry during the 2020 Oklahoma City Annual Awards presentation. OCCJ recognizing the Henrys for their dedication to improving the lives of all Oklahomans through education, interfaith work and philanthropy.

Governor Brad Henry serves Of Counsel to the national business law firm of Spencer Fane LLP and is a founding member of Henry-Adams Companies, LLC, a general and business development consulting firm. Governor Henry served as Oklahoma's 26th governor. He was elected governor in 2002 and served two terms through January 2011. Only the third governor to serve two consecutive terms, Governor Henry, a Democrat, was re-elected in 2006 by the largest vote margin in modern times and the second-largest margin in state history. During his time in office, Governor Henry consistently enjoyed high approval ratings in public opinion surveys of his governorship, earning him recognition as one of the most popular state chief executives in modern history.

A charter member of the Governors’ Council of the Bipartisan Policy Center, Governor Henry also served as Chairman of the Council of State Governments, the Southern Growth Policies Board, and the Interstate Oil and Gas Compact Commission. He currently serves on numerous boards, including the national board of the MuscularDystrophy Association and the board of directors of NIC Inc. (NASDAQ: EGOV). Recently, Governor Henry was appointed by Oklahoma City Mayor David Holt to serve as a director of the newly-created Regional Transportation Authority of Central Oklahoma, and he currently serves as Chairman of that board.

Governor Henry was a President's Leadership Scholar at the University of Oklahoma, where he received the Gold Letseizer Medal as the Top Senior Graduate and earned a bachelor's degree in economics in 1985. In 1988, Governor Henry was awarded a Juris Doctorate from the University of Oklahoma College of Law, where he served as managing editor of the Law Review.

Prior to his election, Governor Henry practiced law with his father, Charles, in Shawnee, and served ten years in the Oklahoma State Senate, chairing the Senate Judiciary Committee and serving as vice-chair of the Senate Economic Development Committee.

Kim Henry spent ten years in the classroom teaching Oklahoma History, Economics, Government, and AP American History.  In 1999-2000 she was awarded the Close-Up Foundation’s Linda Myers Chozen Award for Teaching Excellence in Civic Education.  Only five other educators across the nation received the honor that year.  In 2002 her husband, Brad, was elected Governor of the State of Oklahoma and Kim spent the next 8 years as the first lady working to make Oklahoma number one in the nation in Early Childhood Education.

Kim’s civic awards include the Award of Distinction from the OU College of Education, the Bill Lowry Library Champion Award, the Jasmine Award for her dedication to Oklahoma’s children, the National Guard Youth Champion Award, and she was a three-time honoree for the Journal Record’s 50 Most Distinguished Women.

Kim Henry is currently serving as the Executive Director of Sarkeys Foundation, a private, charitable foundation dedicated to providing support through gifts and grants to Oklahoma’s non-profit organizations.

Together, former Governor Brad and Kim Henry have three daughters and a son-in-law, Leah and Baylee Henry, and Laynie and Ben Gottsch and an adorable granddaughter, Magnolia Gottsch. 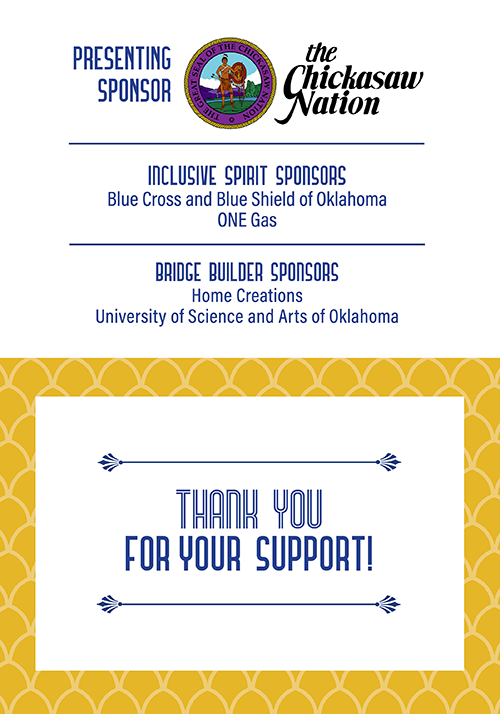